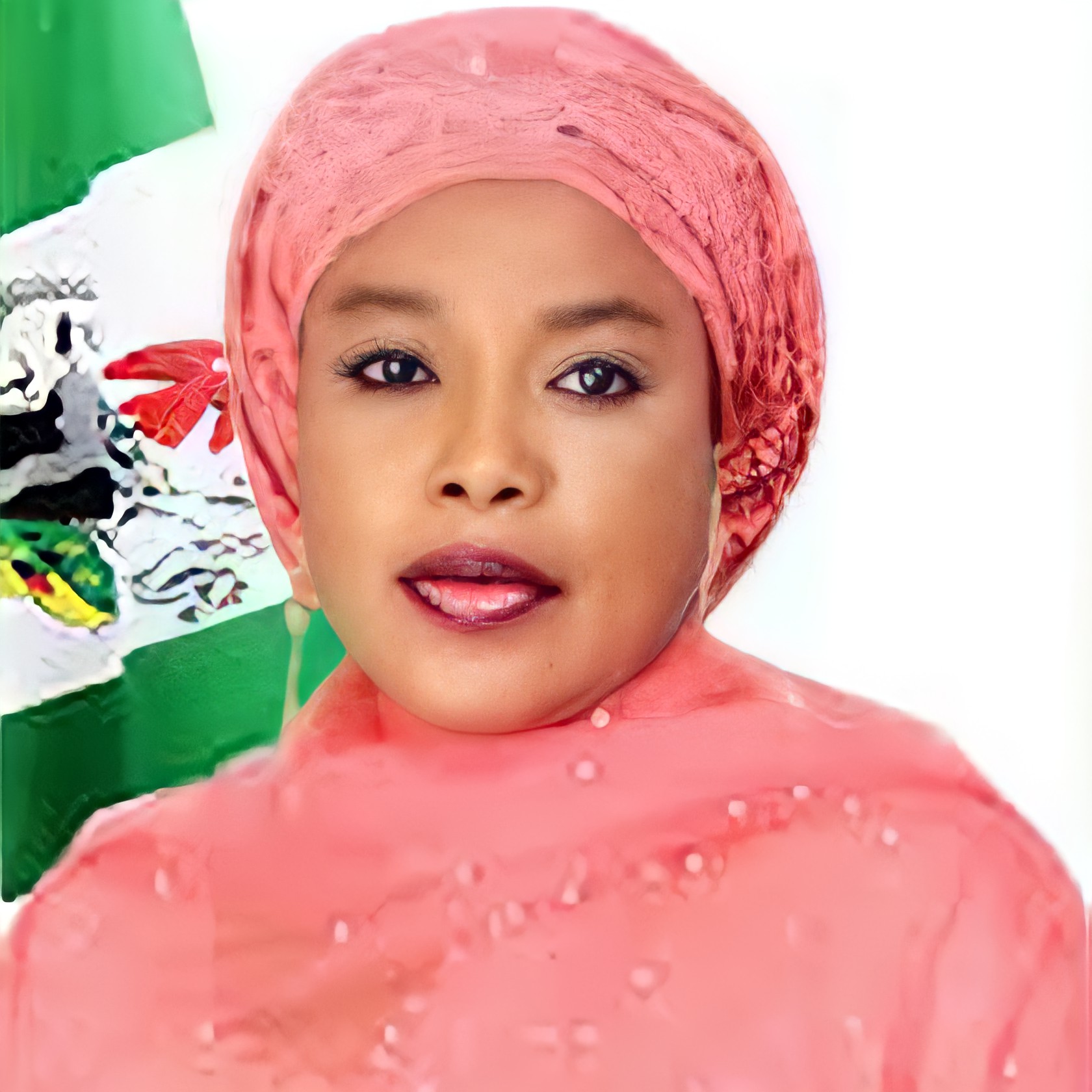 Hajia (Dr) Ramatu Tijjani Aliyu is a foremost grassroots mobiliser and Nigerian politician from Kogi State. As a banker and philanthropist, she also runs an NGO she founded; the Global Women and Youth Empowerment Strategy (GLOWYES).

Dr Aliyu was born on 12th June, 1970 in Wuse area Abuja, Nigeria. She is the daughter of late Alhaji Mamman Sidi Ali, who was the Bawan Allah of Lokoja in Kogi State. In 1995, she obtained a Bachelor of Science degree (B.Sc) Urban and Regional Planning from the Ahmadu Bello University, Zaria after which she proceeded to Nasarawa State University, Keffi for her Masters Degree in Public Administration.

She was conferred with honorary doctorate degree in Public Administration by the Commonwealth University, London and has also earned a certificate in Leadership Skills from the Abbey College, London. She is not just an honorary doctoral holder but also has a PhD from the Nasarawa state University, Keffi.

In 2007, she ran for political office to represent Kwali/Abaji federal constituency in the Nigeria National Assembly (NASS) but her bid was unsuccessful, a year later in 2008, she was appointed National Vice Chairman of her party, which was the major opposition political party in Nigeria at the time, All Nigeria Peoples Party (ANPP) which she served as the overseer North Central Zone.

In 2010 she was given the national women leader of the party, and concurrently served as the president of the Council of African Political Parties (CAPP) after she successful contested and won the election which took place in Khartoum, Sudan.

In 2014, after three opposition political parties in Nigeria merged into one, including her own party ANPP, she was appointed the women leader of the new party All Progressives Congress (APC), where she served until 2018.

Dr Aliyu was in August 2019 appointed by President Muhammadu Buhari as the Minister of State in the Federal Capital Territory FCT.

She holds the prestigious traditional title of the Ony’ize (Custodian of Blessings and Goodwill) of Ebiraland and is a member of the “College of Daudus” at the Azad Royal Palace of His Majesty, Dr Ado Ibrahim CON, the Ohinoyi of Ebiraland.